Welcome to Wayfarers Haven. If you already had a Project 2002 account, it has been fully migrated and you can log in using it without registering for a new account. If you are new to the servers, Please Join us in our Haven!

Status
Not open for further replies.

An unnatural fog fills the small cove. It brings with it a numbing quiet, which is only broken by the rhythmic sound of waves washing against the shore and slapping the hulls of several small wooden skiffs. The cove is devoid of life, since most of its typical residents have moved aside to make room for the chilling fog. The morning sun will eventually rise, and the cove's residents will return to their swampy homes. Yet, these things will all wait until the fog has receded to the ocean, carrying its dark cargo with it.

For now, the fog continues to creep up the shore and into the marshlands that lay beyond. The small cove fills with dozens of wooden skiffs. The small boats seem to cut through the water in almost perfect silence, relying only on magic to propel them ashore. A single figure in each rises and pulls its dark hood over its smooth, finned head. The strange figures seem even more out of place silhouetted against their bulkier, less agile troll allies; yet their authority is unquestioned.

The trolls' push quickly through the low tangles of the swamp, their savage strength easily clearing a path. It has been some time since they moved through terrain such as this. Their clan has long avoided this place, but today's activities should remove those old fears. Once they have acquired the stone, the tides will quickly bring a new era with them from Broken Skull Rock.

As the groups reach a clearing, they are brought to a sudden halt by the figures that lead them. The robed creatures gather near a small pool. A grotesque webbed hand draws back the robe's hood, revealing the amphibian's face.

"Prepare your soldiers," the strange amphibian says softly, addressing the trolls in their guttural native language. "The doorway we create will not last long and we must have time to follow you in... unless you wish for us to leave you inside with them." The creature pauses, a slight smirk appearing on its face. "This is not your desire, correct?" A defiant grunt is its only answer.

The largest of the trolls turns to face his soldiers as the robed Luggalds begin their incantation. All around them, the ankle-deep water comes alive with energy. A small growl surges from within the ranks of the Luggalds to become a cacophony of battle cries. The water before the sorcerer's rises in a tall, thin sheet of water.

The trolls' cruel nature is apparent as both sides of the battle paint the scene in the savage reds of death and flames. The trolls of Grobb, now fully aware that the unthinkable is in progress, drive the invading clan back to the moat. The clan from Broken Skull Rock, however, has what it came for, The Grozmok Stone and its members fight their way into a position surrounding the crimson moat. From within the cramped formation the murmurs of despicable incantations begin again.

"Your lives, for the fulfillment of prophecy," a voice shouts from within the dense circle of raiders. A shimmering red portal rises from the moat below, engulfing the Trolls and their foul mentors. Those Broken Skull trolls left behind perform their task well and thwart any disruption to the clan's escape. Even as the portal collapses back into the moat, the thieves are well on their way back into the fog that surrounds the cove.


Wayfarers Haven would like to Introduce you to: Legacy of Ykesha! Releasing on 5/30/2020

The Frogloks are an amicable, neutrally-aligned race of amphibious frog-like men who originally only populated the swamps of Norrath. They are intelligent creatures with vastly improved night vision over other races and innate swimming talents.

Frogloks were previously trapped in an eternal war with the Trolls until their deity, Mithaniel Marr, blessed them with the ability to turn the tides of the conflict. The Frogloks have settled into their new home in The Rathe Mountains after coming to an armistice with the Trolls. 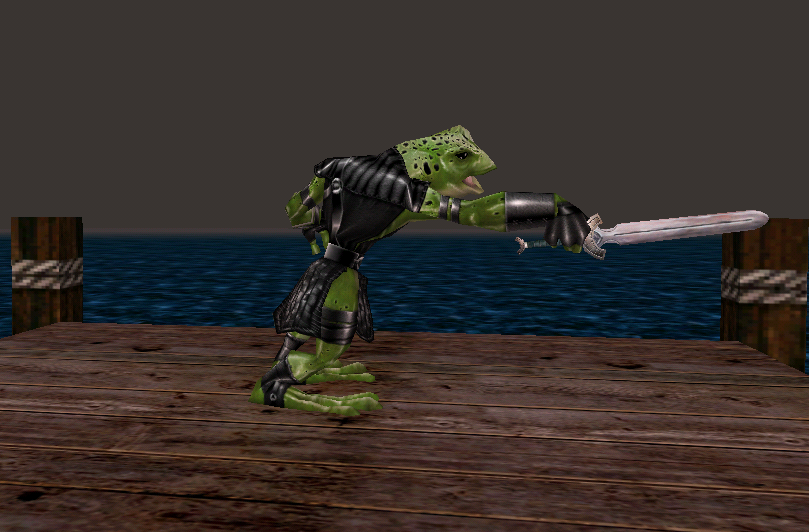 The island of Broken Skull Rock can be found a ways south of the Antonica marshlands. Travel to the island is difficult, as adventurers must make their way there from the coast of the Stonebrunt Mountains in Odus.

Broken Skull Rock is home to a band of trolls known as the Broken Skull Clan. When passing through you may decide whether or not you want to have them on your side, which probably depends on how you feel about the Frogloks as a whole.

The Gulf of Gunthak is where most adventurers arrive when journeying to Broken Skull Rock. It serves as the entry point to the home of the Broken Skull Clan, and is used as the home for new clan recruits and those that have gained the Trolls' favor.

Although there isn't much to see, the large lighthouse and the lean-tos scattered throughout the Gulf sell a variety of unique supplies that may prove to helpful to adventurers. 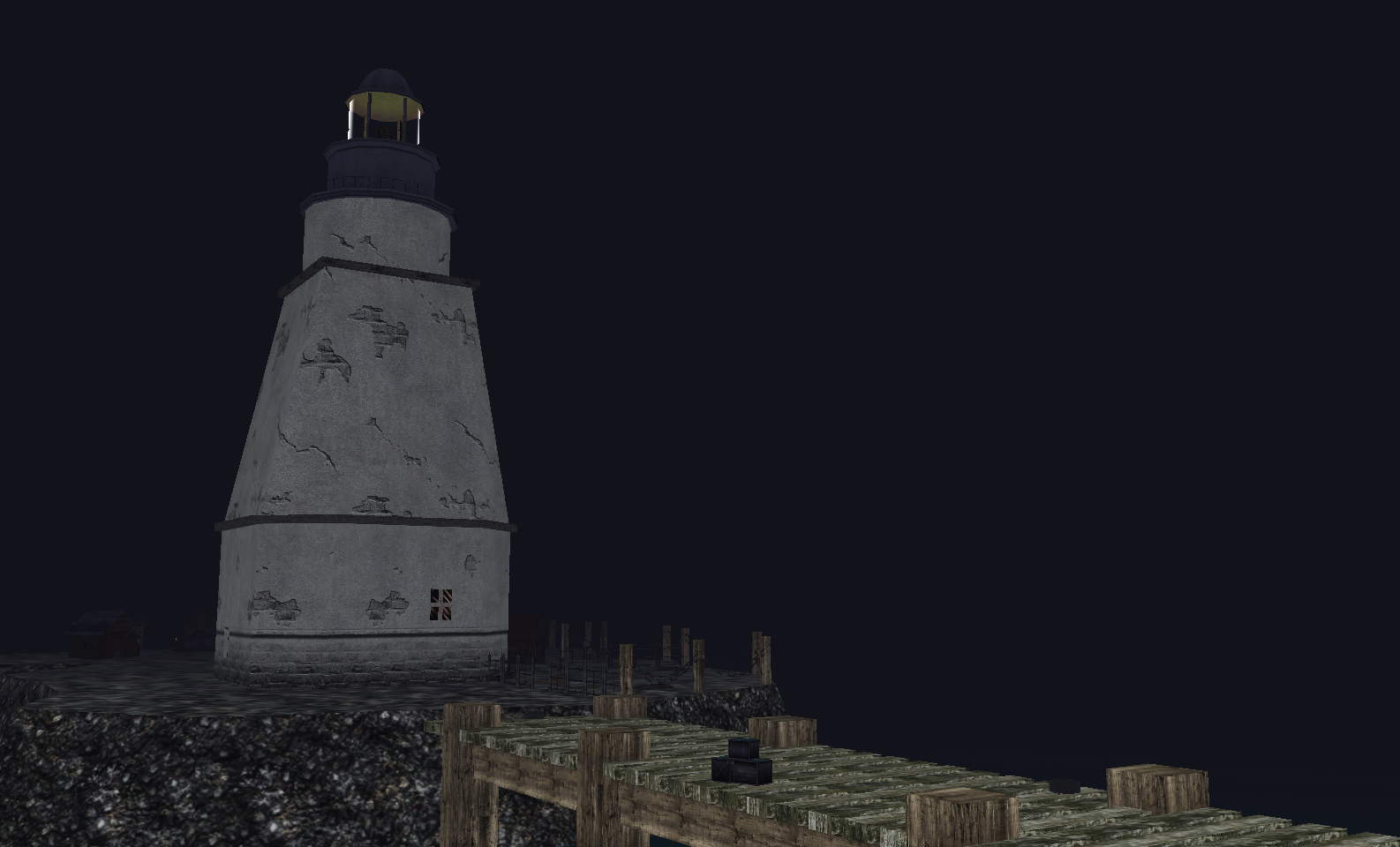 With a knack for exploration and a bit of luck, you may be able to find passages that connect the Gulf to deeper parts of the island. But beware - those who travel past the gulf without the express permission of the Broken Skull Clan may be putting themselves in an unfavorable situation.

Dulak's Harbor lies in a wide cavern tucked away conveniently beneath the surface at the edge of the island. The town is rough and ominous in both look and feel, and is inhabited by Troll marauders that preside closely over the arrival and departure of any ships. 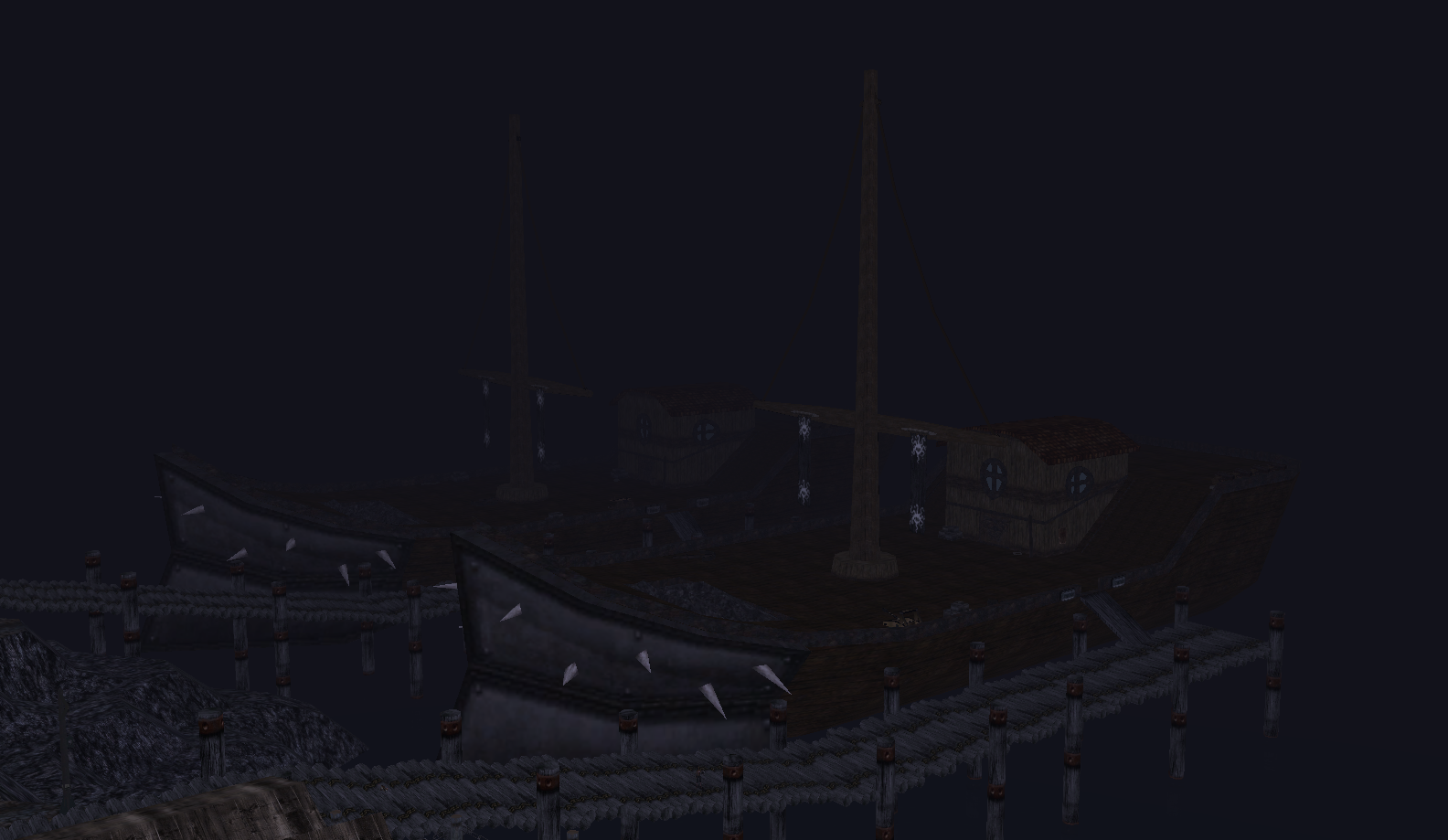 Allies of the Broken Skull Clan will find the Harbor to be a welcome pit stop, with a number of taverns, stores, docks, and shipyards filling the city. The Harbor makes for a great place to buy and sell goods in between adventures. 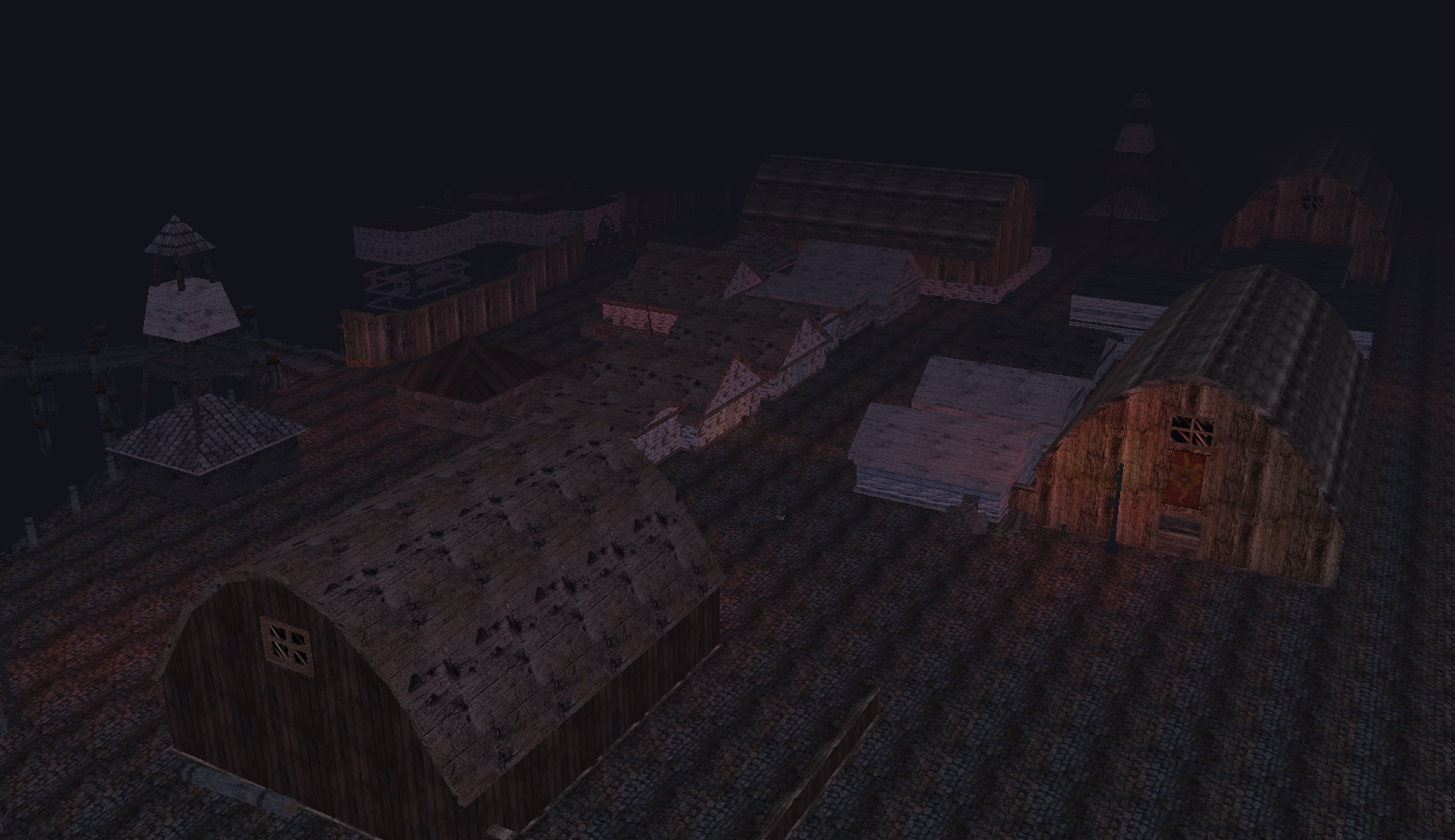 Railway tracks can also be found in various parts of the city, and following them will lead adventurers to the nearby mines.
A large and disturbing temple sits nearby, closely guarded by Innoruuk's Luggald minions. It is advised you stay away from this place, lest you want to be consumed by the intense hate that Innoruuk is best known for.

Despite its rough exterior, Broken Skull Rock is resource-rich deep below the surface. The Torgiran Mines can be found far within the island, and hold many precious metals and gemstones. These goods are the Broken Skull Clan's primary exports, which are mined by captured slaves and transported out to Dulak Harbor through the railway system. 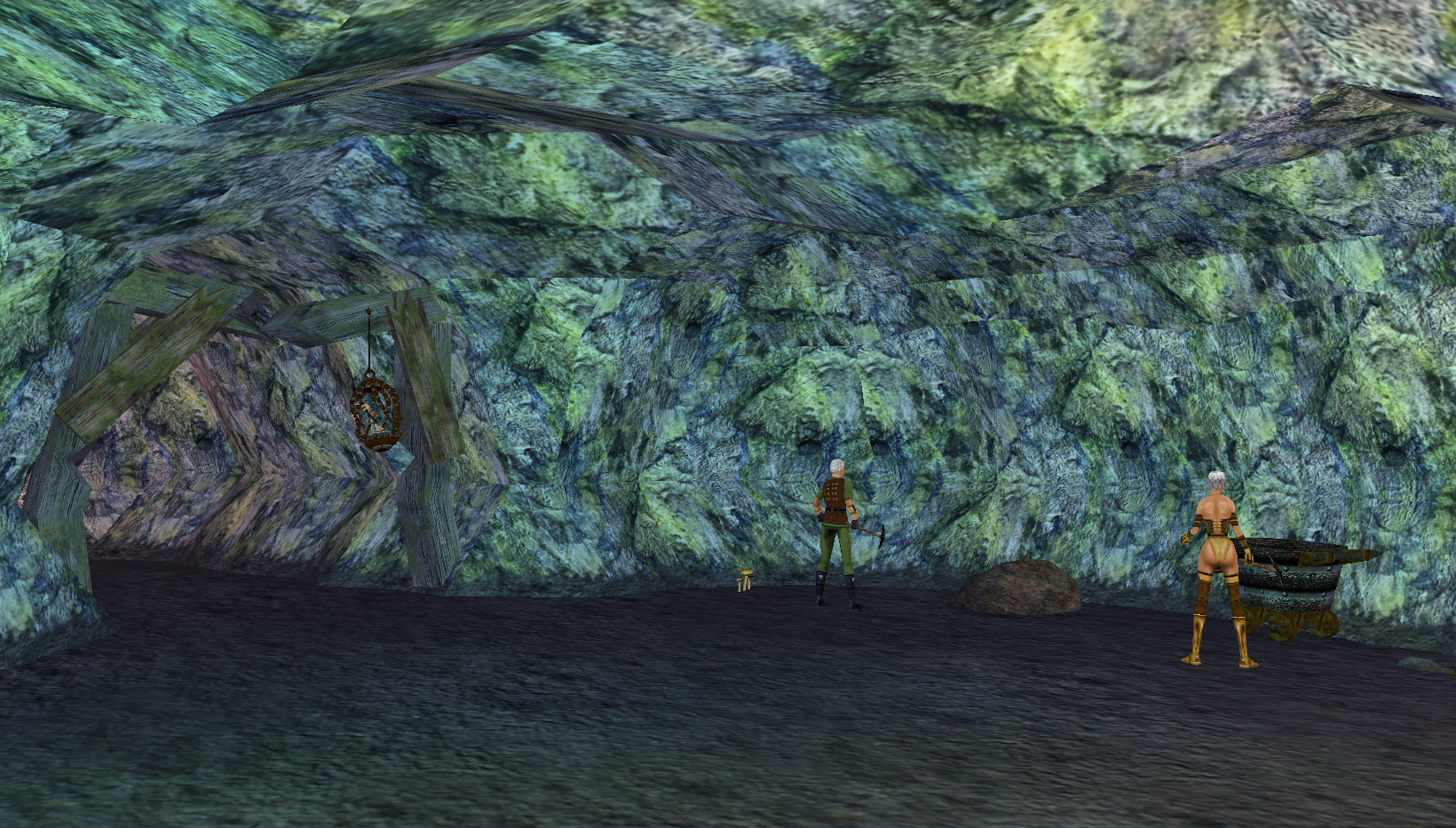 Distinct etchings can be seen on the rock walls, which are rumored to prevent the mines from flooding with a bit of Innoruuk's power. Though they won't flood, the tides occasionally recede, revealing lava pools within the cavern. 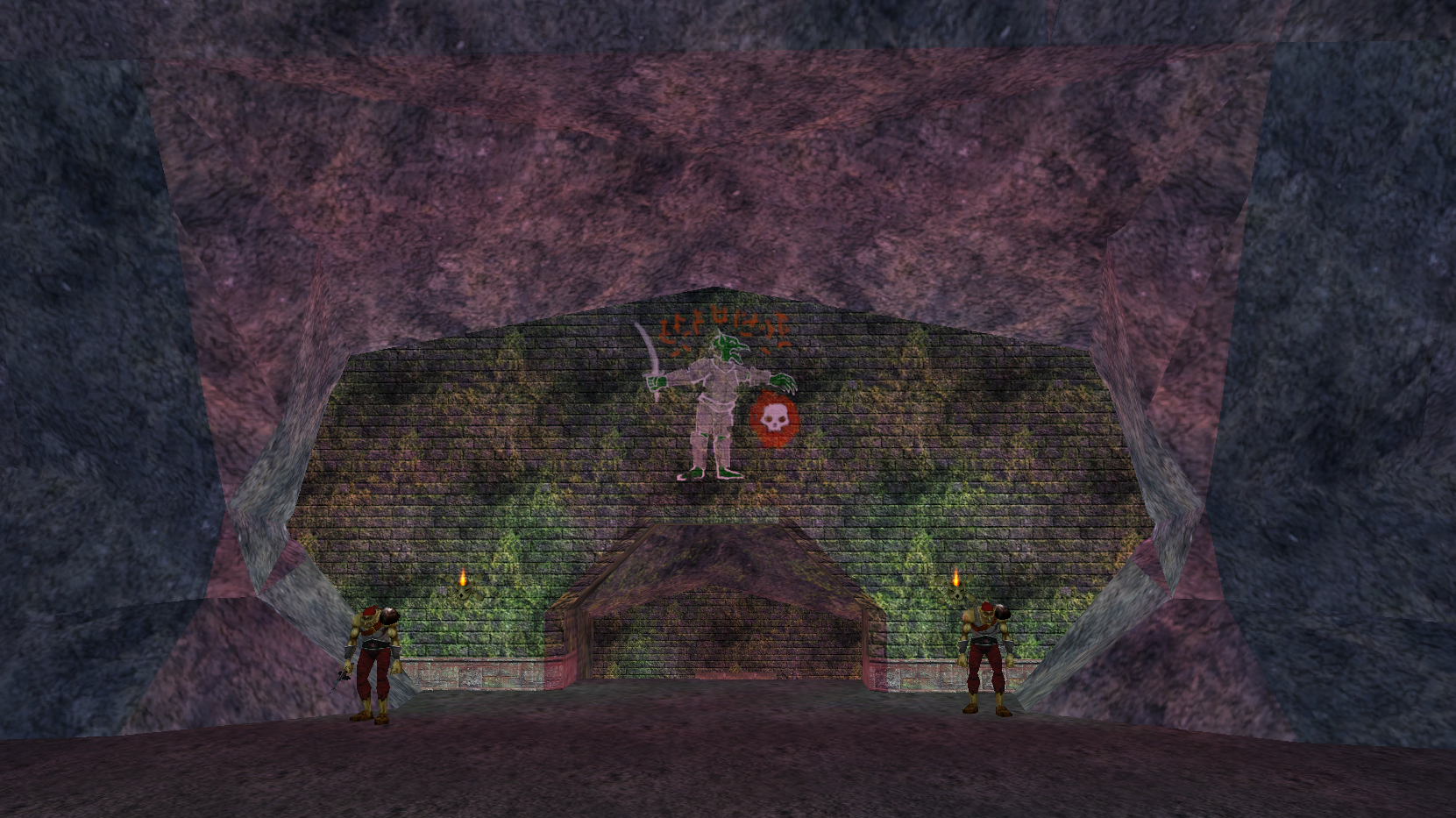 Hate's Fury is a legendary pirate ship that is infamous in tales told by sailors and seamen throughout Norrath. Rumors swirl that it is captained by a violent band of Troll pirates, and filled to the brim with stolen treasures, though many believe that its existence is but a tavern-made story. 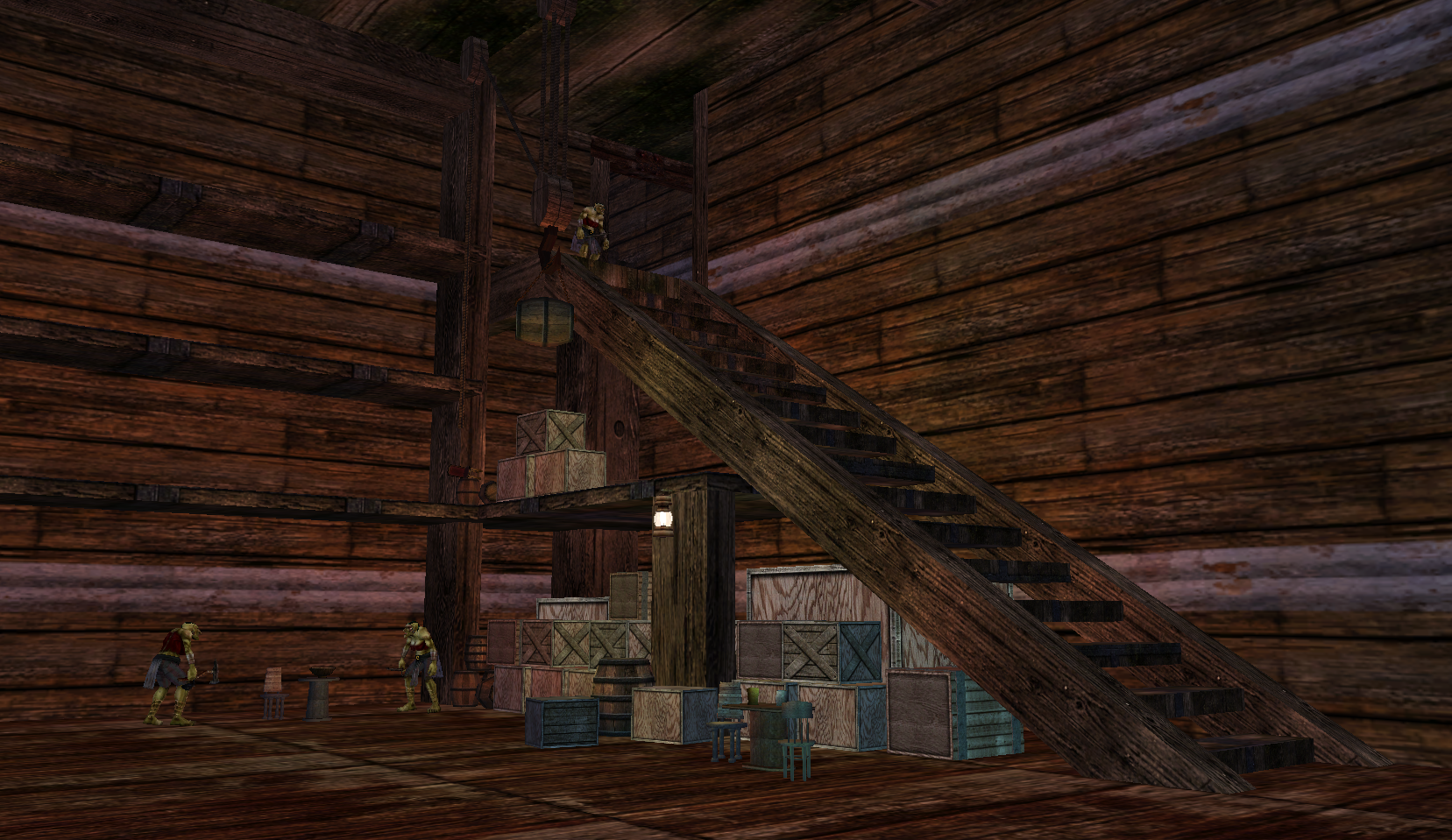 This ship does exist, however, and is kept docked in a hidden lagoon underneath the island at the Crypt of Nadox, where many of the crew members reside. Even if you're in the best of standing with the Broken Skull Clan, it is recommended that you stay far, far away from Hate's Fury. 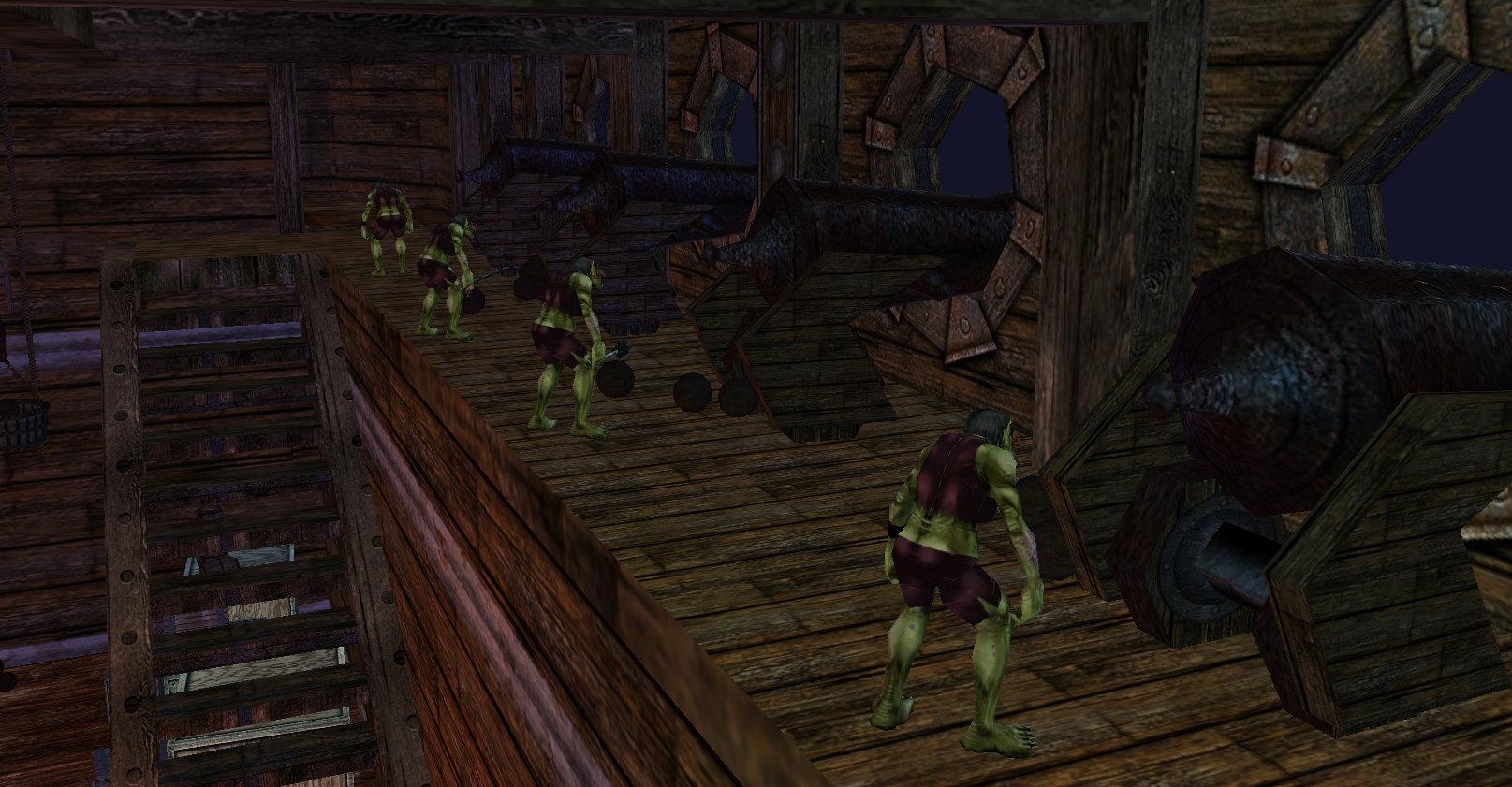 The Crypt of Nadox is the final resting place of a legendary Troll shaman who bared the place's namesake. The Crypt is hidden within the deepest and most secluded part of the island, and with good reason. 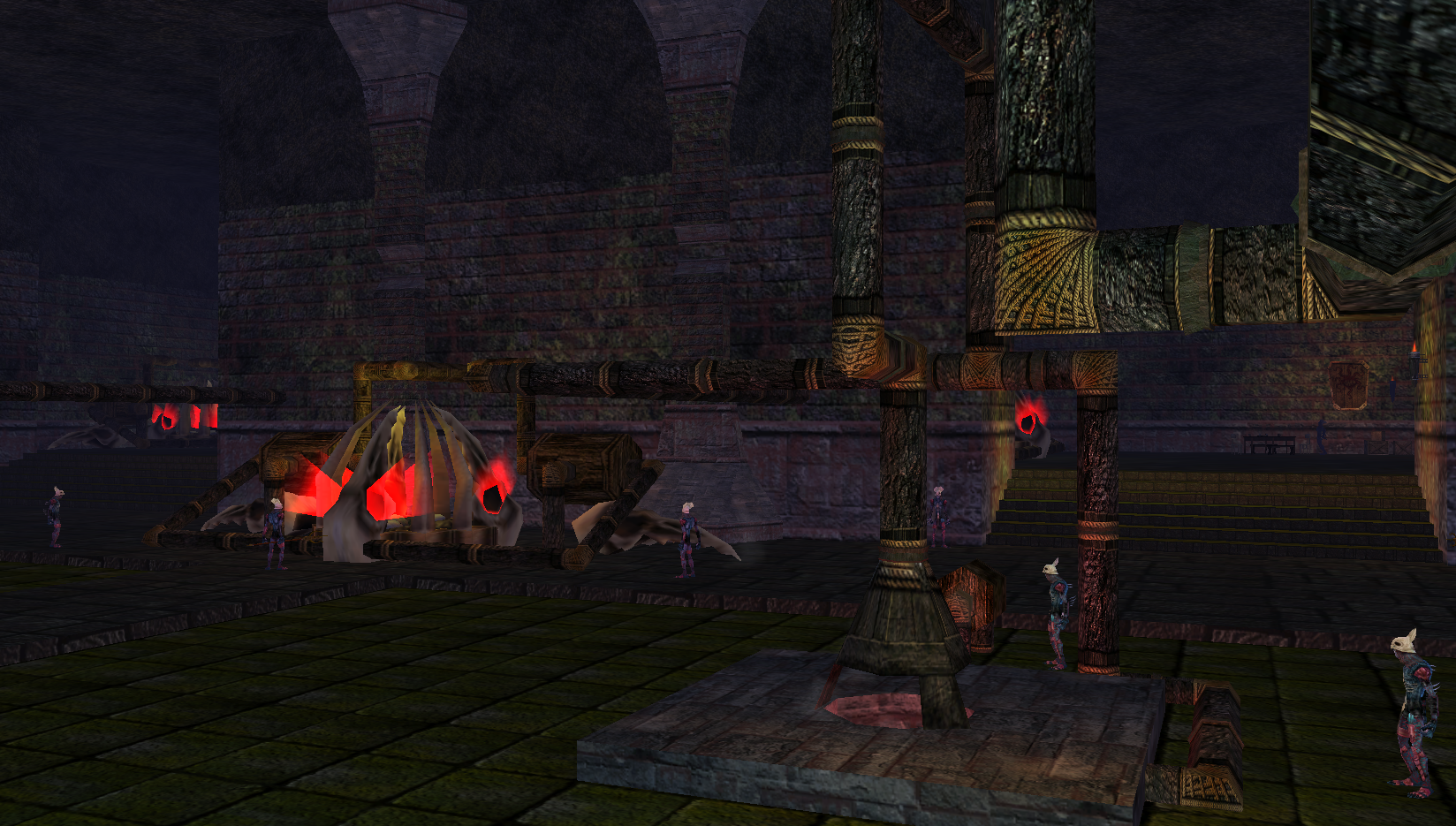 The Crypt is filled with shrines to honor Innoruuk, the deity that the Broken Skull Clan bows to. Only the most powerful and highest-ranking members of the clan are allowed to enter the Crypt, and they guard the area so fiercely it is said that anyone who disturbs them may face the wrath of Innoruuk himself.

Status
Not open for further replies.